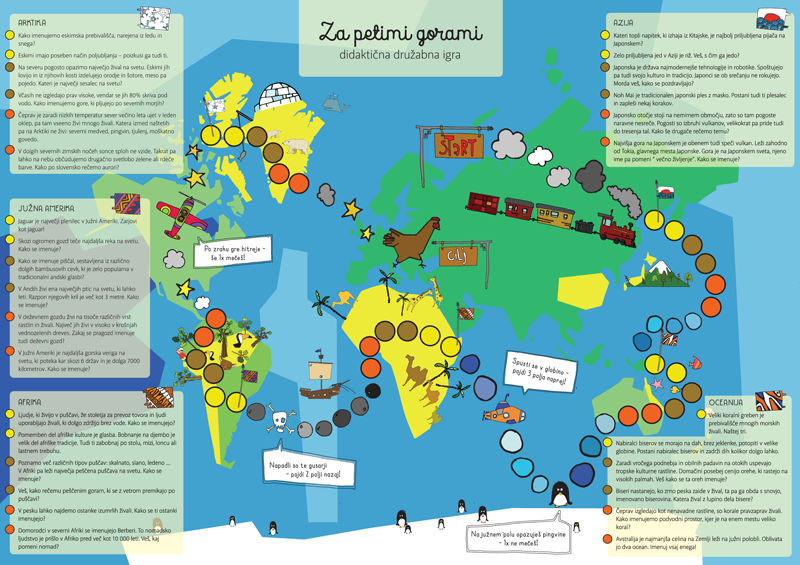 As part of the cultural arts programs taking place at the House of Children and the Arts, we are upgrading and expanding the program of an experiential workshop, which was prepared at the premiere of the play Behind the Five Mountains, in October 2016. An adventure play Behind the Five Mountains, which connects theater with the artistic word and social sciences – geography, in which participants learn about foreign lands and different ecosystems in an experiential way, followed by a sensual and perceptive workshop in the form of a theater maze.

The workshop takes two forms – as part of the play Behind the Five Mountains or as a solo workshop.

1. Workshop as part of the performance:
At the end of the performance, participants will receive an interactive map of the world, which is at the same time a fun board game and a little account of the different corners of the world that the children have come to know in the play. Using self-made figurine dolls, they navigate the map, discover playing fields, and answer many questions about the different ecosystems, cultures and customs they have come to know in the show. This will deepen the theatrical experience and connect it with the space – the ecoregion. When a child travels the world really or seemingly in a play and on a map, he meets people in different cultural contexts, learns about their customs, religions and customs, learns tolerance and respect for others and others, experiences not only foreign, but also your own imagination.

2. Independent Workshop:
With an interactive map, which they will receive upon entering the hall, they will travel through a theatre lab-maze of tasks, in which they will playfully and creatively experience different cultures in different ecoregions, which generate different stories and open up the world of intercultural dialogues. Tasks will consist of elements and installations from Behind the Five Mountains, participants will be invited to observe, sort, taste, touch and assemble elements to further their knowledge of foreign lands and peoples, ecosystems and themselves. They will supplement and test their knowledge with an interactive board game. 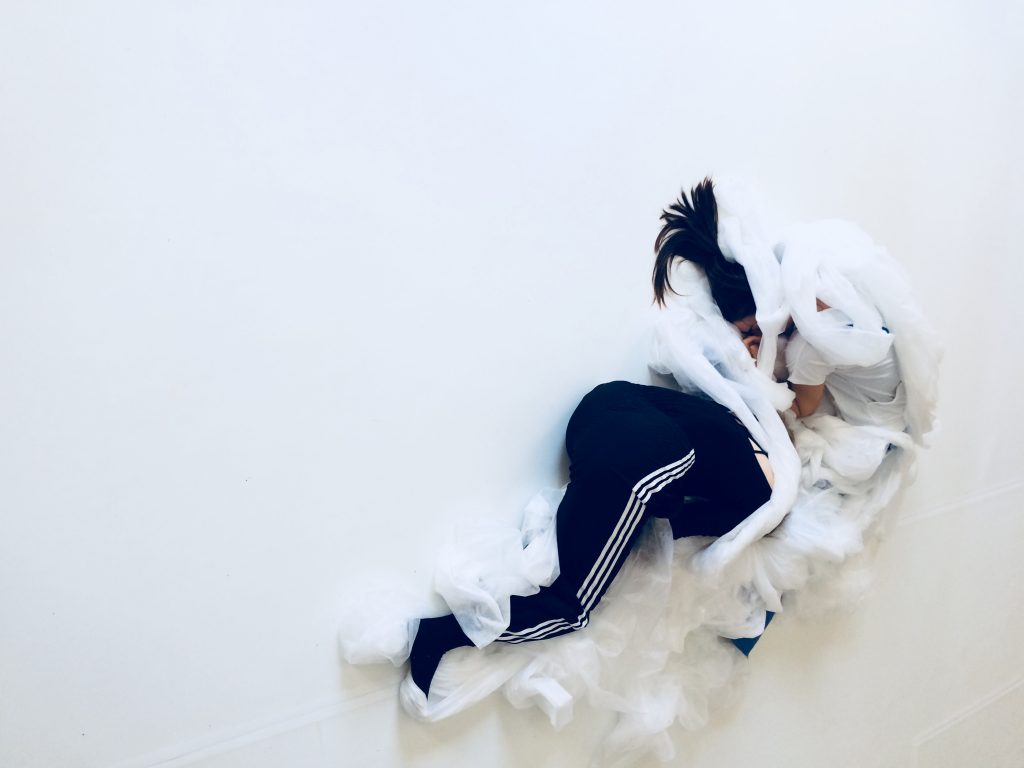 Dance Of the Drops

Dance can be said to be a universal language. Everyone knows how to dance, we’ve been moving since birth. Dance can be a lot of things, but it is mainly about movement, but it can also be at rest. Dance is primarily intended to provide relaxation, but it also encourages creativity, develops personality and enhances positive self-image.

In terms of content, the workshops will relate to the chosen theme of the water droplet journey, namely the cycle of water movement, from the droplet that evaporates and falls back to earth again. We will learn about water conditions and forms (running water, ice, steam, fog, hail, rain, waterfall, drop, river, sea, lake, clouds, snow, sun), aquatic habitats, especially marine
(animals in the sea).

The workshop takes two forms – as part of the play From Droplets to the Ocean or as a solo workshop. As a stand-alone workshop, it is scheduled once a month, and for closed groups by appointment.

SOUND RESEARCH WITH THE FOREST ORCHESTRA

At a music workshop with children, we first explore what sounds our body emits. We find that the body can also be an instrument. Our voice can be quiet or loud and we can sing. Through the game of clapping, we discover different rhythms. Using our fingers and tapping, we play a rain song and discover a common dynamic. We enjoy listening to and playing the instruments we learn throughout the story.

Then we sing a song featuring animals. Let’s split into the lairs and draw and cut it altogether. We also add sounds to our cottage and then play them. The forest is waking up and the neighbour is waking up next door. After all, we all play together and become a forest orchestra.

The workshop is held once a month on Saturdays and by appointment for closed groups.